The long count view of the yuga cycle with its vast time scale was challenged by the 19th/20th-century Indian yogi Swami Sri Yukteswar Giri, guru of Paramahansa Yogananda.

The Misunderstanding
The traditional or long count view is based on a misunderstanding. He says that at the end of the last descending Dvapara Yuga (about 700 BC), "Maharaja Yudhisthira, noticing the appearance of the dark Kali Yuga, made over his throne to his grandson [and]...together with all of his wise men...retired to the Himalaya Mountains... Thus there was none in the court...who could understand the principle of correctly accounting the ages of the several Yugas."

The Reconciliation
Nobody wanted to announce the bad news of the beginning of the descending Kali Yuga, so they kept adding years to the Dvapara date (at that time 2400 Dvapara) only retitling the epoch to Kali. As the Kali began to ascend again, scholars of the time recognized that there was a mistake in the date (then being called 3600+ Kali, even their texts said Kali had only 1200 years). "By way of reconciliation, they fancied that 1200 years, the real age of Kali, were not the ordinary years of our earth, but were so many daiva (or deva) years ("years of the gods"), consisting of 12 daiva months of 30 daiva days each, with each daiva day being equal to one ordinary solar year of our earth. Hence according to these men 1200 years of Kali Yuga must be equal to 432,000 years of our earth."

Precession of the Equinox
Sri Yukteswar explained that just as the cycle of day and night is caused by a celestial motion (the earth spinning on its axis in relation to the sun), and just as the cycle of the seasons are caused by a celestial motion (the earth with tilted axis orbiting the sun) so too is the yuga cycle (seen as the precession of the equinox), caused by a celestial motion. He explained this celestial motion as the movement of the whole solar system around another star. As our sun moves through this orbit, it takes the solar system (and earth) closer to and then further from a point in space known as the "grand centre" also called 'Vishnunabhi', which is the seat of the creative power, 'Brahma', [which]...regulates...the mental virtue of the internal world." He implied that it is the proximity of the earth and sun to this grand centre that determines which season of man or yuga it is.

The 24000 year cycle
Quoting from The Holy Science, Sri Yukteswar states that our sun revolves round a grand center called Vishnunabhi, which is the seat of the creative power, Brahma, the universal magnetism. Brahma regulates dharma, the mental virtue of the internal world. Sri Yukteswar states: ...the sun, with its planets and their moons, takes some star for its dual and revolves round it in about 24,000 years of our earth.

The Star Dual
When the sun in its revolution round its dual comes to the place nearest to this grand center, the seat of Brahma...the mental virtue, becomes so much developed that man can easily comprehend all, even the mysteries of Spirit." Further, ...when the sun goes to the place in its orbit which is farthest from Brahma, the grand center...the mental virtue, comes to such a reduced state that man cannot grasp anything beyond the gross material creation. Paramahansa Yogananda, devotee of Sri Yukteswar, dates his forward in the book as 249 Dwapara (1949 AD). The period of 2400 years during which the sun passes through the 2/20th portion of its orbit is called Dwapara Yuga. Dharma, the mental virtue, is then in the second stage of development and is but half complete; the human intellect can then comprehend the fine matters of electricities and their attributes which are the creating principles of the external world.

Some years to remember

Key Astronomical Events
Beginning of the first second...when time itself was set to Zero. Creation of Space and Time. All existence suddenly bursts into being. Universe evolved faster than in its first second than it evolved the 13.8 Bn years that followed. Big Bang was not an explosion in space. It is an explosion OF SPACE!

A single FORCE remained at the time of Big Bang.
And the super FORCE splits to form a new force. (Purusha & Prakriti?) Emergence of Strong Force.
Gravity, Strong Force and the Super Force = 3 forces (Trimurti?) The Big Bang 10-43 seconds The universe begins with a cataclysm that generates space and time, as well as all the matter and energy the universe will ever hold. For an incomprehensibly small fraction of a second, the universe is an infinitely dense, hot fireball. The prevailing theory describes a peculiar form of energy that can suddenly push out the fabric of space. At 10-35 to 10-33 seconds a runaway process called "Inflation" causes a vast expansion of space filled with this energy. The inflationary period is stopped only when this energy is transformed into matter and energy as we know it. The Universe Takes Shape 10-6 seconds After inflation, one millionth of a second after the Big Bang, the universe continues to expand but not nearly so quickly. As it expands, it becomes less dense and cools. The most basic forces in nature become distinct: first gravity, then the strong force, which holds nuclei of atoms together, followed by the weak and electromagnetic forces.

By the first second
the universe is made up of fundamental particles and energy: quarks, electrons, photons, neutrinos and less familiar types. These particles smash together to form protons and neutrons. Formation of Basic Elements 3 seconds Protons and neutrons come together to form the nuclei of simple elements: hydrogen, helium and lithium. It will take another 300,000 years for electrons to be captured into orbits around these nuclei to form stable atoms. The Radiation Era 10,000 years The first major era in the history of the universe is one in which most of the energy is in the form of radiation -- different wavelengths of light, X rays, radio waves and ultraviolet rays. This energy is the remnant of the primordial fireball, and as the universe expands, the waves of radiation are stretched and diluted until today, they make up the faint glow of microwaves which bathe the entire universe.

Beginning the Era of Matter Domination 300,000 years At this moment, the energy in matter and the energy in radiation are equal. But as the relentless expansion continues, the waves of light are stretched to lower and lower energy, while the matter travels onward largely unaffected. At about this time, neutral atoms are formed as electrons link up with hydrogen and helium nuclei. The microwave background radiation hails from this moment, and thus gives us a direct picture of how matter was distributed at this early time. Birth of Stars and Galaxies 300 million years Gravity amplifies slight irregularities in the density of the primordial gas. Even as the universe continues to expand rapidly, pockets of gas become more and more dense. Stars ignite within these pockets, and groups of stars become the earliest galaxies. This point is still perhaps 12 to 15 billion years before the present. Birth of the Sun 5 Billion Years Before the Present (BP)

The sun forms within a cloud of gas in a spiral arm of the Milky Way Galaxy. A vast disk of gas and debris that swirls around this new star gives birth to planets, moons, and asteroids . Earth is the third planet out. Earliest Life 3.8 Billion Years BP The Earth has cooled and an atmosphere develops. Microscopic living cells, neither plants nor animals, begin to evolve and flourish in earth's many volcanic environments. Primitive Animals Appear 700 Million Years BP These are mostly flatworms, jelly fish and algae. By 570 million years before the present, large numbers of creatures with hard shells suddenly appear. The First Mammals Appear 200 Million Years BP The first mammals evolved from a class of reptiles that evolved mammalian traits, such as a segmented jaw and a series of bones that make up the inner ear. Dinosaurs Become Extinct 65 Million Years BP An asteroid or comet slams into the northern part of the Yucatan Peninsula in Mexico. This world-wide cataclysm brings to an end the long age of the dinosaurs, and allows mammals to diversify and expand their ranges. Homo Sapiens Evolve 600,000 Years BP Our earliest ancestors evolve in Africa from a line of creatures that descended from apes. Supernova 1987A Explodes 170,000 Years BP A star explodes in a dwarf galaxy known as the Large Magellanic Cloud that lies just beyond the Milky Way. The star, known in modern times as Sanduleak 69-202, is a blue supergiant 25 times more massive than the Sun. Such explosions distribute all the common elements such as Oxygen, Carbon, Nitrogen, Calcium and Iron into interstellar space where they enrich clouds of Hydrogen and Helium that are about to form new stars. They also create the heavier elements (such as gold, silver, lead, and uranium) and distribute these as well. Their remnants generate the cosmic rays which lead to mutation and evolution in living cells. These supernovae, then, are key to the evolution of the Universe and to life itself. Crab Supernova Appears 1054 A.D. A new star in the constellation Taurus outshines Venus. Chinese, Japanese, and Native American observers record the appearance of a supernova. It is not, however, recorded in Europe, most likely as a consequence of lack of study of nature during the Dark Ages. The remnants of this explosion are visible today as the Crab Nebula. Within the nebula, astronomers have found a pulsar, the ultra-dense remains of a star that blew up. 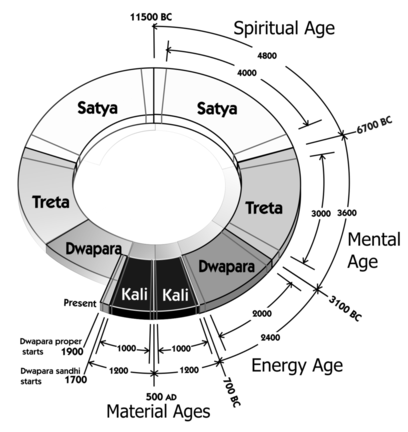